The Southern Ground Hornbill (Bucorvus leadbeateri) is an iconic group living species of the savanna biome which occupies large territories of up to 100km2 per group. Their distribution extends from the Eastern Cape all the way up to Kenya (Figure 1). Unfortunately, the species has undergone serious declines within the past century and have lost up to 70% of their range, resulting in their status changing from vulnerable to endangered.

The APNR Ground Hornbill Research and Conservation Project has been going for almost two decades now and has been hugely successful. It is run through the FitzPatrick Institute of African Ornithology at the University of Cape Town and began with monitoring groups around the reserves and erecting some 30 nests during 2002 and 2003. Despite having such large territories, natural nesting sites (large tree cavities) are few and far between with there being only a handful scattered throughout an area of about 200 000Ha. The artificial nests were taken to quickly by the birds and since then, nests have continuously been maintained and installed throughout the reserves. These artificial nests provide 30 groups of birds with the opportunity to breed and during the last breeding season (October – March), the project saw the 100th nestling fledge from an artificial nest. As they are slow breeders and extremely long-lived (up to 60 years), providing them with these artificial nests has resulted in the APNR being a stronghold for the species within the country. Throughout their range, each group fledges only one chick on average every nine years, however, within the reserves here and through artificial nests, the groups on the APNR successfully fledge a chick on average every three years.

The projects monitoring of the nests allows for another aspect of the species’ conservation. When the birds do breed, the female lays two eggs about 5 days apart and she has the sole responsibility for incubation which lasts about 40 days. These eggs then hatch a few days apart which results in the second chick being considerably smaller, resulting in it being outcompeted and dying 99% of the time in the wild (Figure 2). That is where we step in. Before the second hatched chicks die, we go and remove it from the nest (otherwise known as harvesting). These chicks are taken straight to a specialised ground hornbill rearing facility run by the Mabula Ground Hornbill Project which we work closely with. There they are raised with semi-wild captive individuals where they learn how to do typical ground hornbill things before being placed into a newly created group along with other harvested birds. Groups are then released back into their historic range throughout the country. Quite the straight forward conservation goal in the end: slow the decline in numbers and release birds back into their historical range. Luckily for the birds, ground hornbill conservation within the country is a united effort with organisations such as the FitzPatrick Institute, Mabula Project, Endangered Wildlife Trust and numerous zoos all gathering several times a year to discuss latest findings and plan our collective conservation efforts.

While this process has seen success throughout the country, there is always room to improve and empirical research is the best way to do that. Successful group living animals rely strongly on the social bonds between individuals and strong bonds are often formed by the different individuals playing their part. Everyone knows what Ground Hornbills looks like, yet little is known about their social structure and how the different group members contribute to group tasks. The current research within the APNR is looking into this social structure of the species and observing which individuals contribute towards the group functions of territorial defence and reproduction. Understanding the different roles of individuals and how they all contribute will provide vital insights into how groups should be reformed and released into their historical range.

Another aspect of the current research is looking at how the species might fare in a changing climate. Climate change has already been attributed to the extinction of a great deal of species around the world and it is well documented that increasing temperatures and the number of weather anomalies have an effect on animal behaviour. We are in the process of researching this, looking into whether the feeding rates to the incubating females and nestlings within the nests are affected by high temperatures. We predict that the feeding rates will decrease with an increasing temperature and this might have an influence on the breeding success of the birds.

There are five ground hornbill groups which can be seen throughout Umbabat. Only two of these groups actually have nests located on Umbabat with the others all occupying nests on neighbouring reserves.

What you can do

Keeping track of the birds over such an extensive area is a real challenge for us at the project. We have huge distances to cover in order to check all the nests and there is just not enough time to follow each and every group. Providing us with any sightings or photos with information on the number of birds, groups composition and location is the best way to help us to conserve these birds (Figure 5 & 6). A sighting might not seem like much, but it provides us with much needed information on the groups and their movements.

Additional information on the Southern Ground Hornbill can be found on: https://www.sanbi.org/animal-of-the-week/southern-ground-hornbill/

Interesting facts about the species 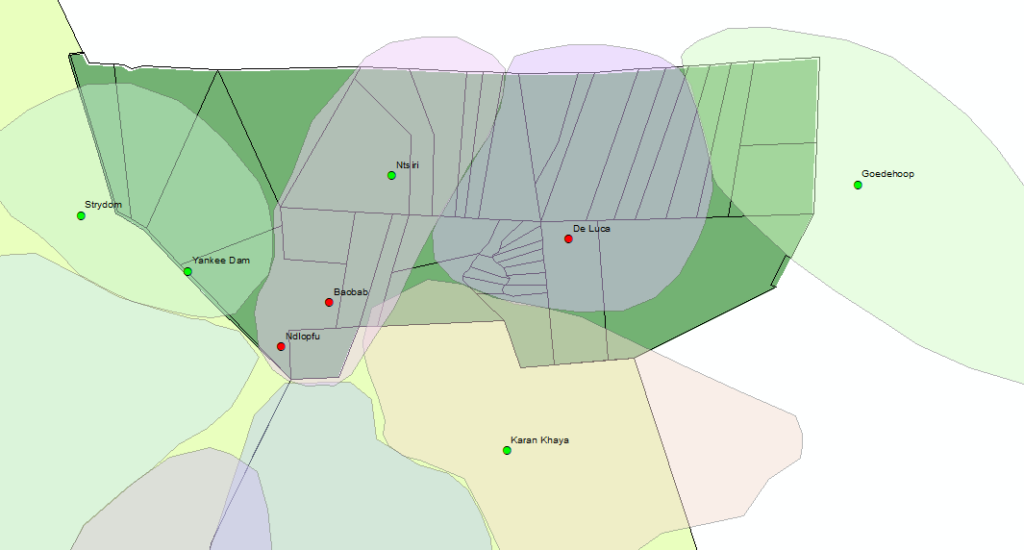 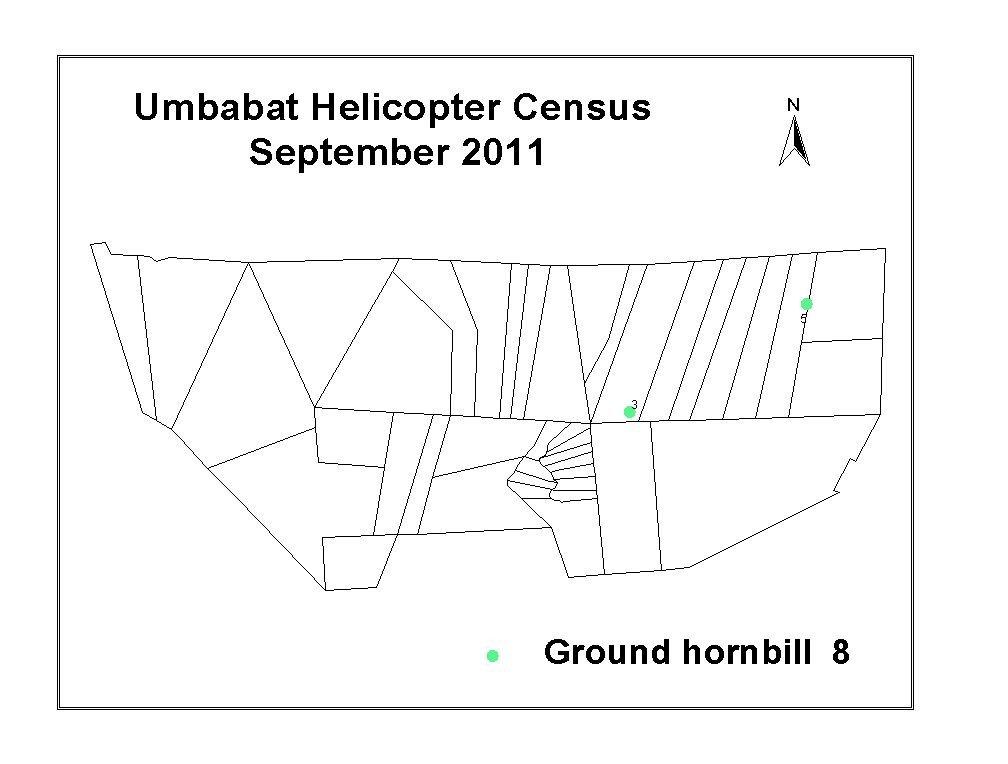