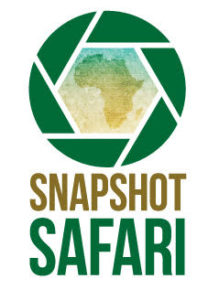 The Snapshot Safari project is establishing grids of camera traps in protected areas throughout eastern and southern Africa, with the majority of sites located in South Africa. In collaboration with Mike Peel, cameras were set up at Balule, Klaserie, and Umbabat in 2017 and they deployed a transect through Kruger that aligns with the APNR cameras.

The cameras are intended for long-term ecological monitoring to provide more detail on the status, welfare, and interactions of wildlife populations than can be assessed via aerial surveys or ground transects. The cameras are checked every 6-8 weeks by John Peel, who relays the data to the University of Minnesota. These images are then upload to the citizen scientist website Zooniverse, where volunteers from around the world log on to view the pictures. Once all the classifications are complete, data is then relayed to the respective Reserves.

The 11 cameras currently deployed in the Umbabat give a good indication of wildlife distributions, but to get truly accurate abundance numbers, they will need to cover the whole reserve. Additional camera traps are proposed along the boundary with Kruger to determine the  migration of wildlife on a daily/nightly basis and gauge the seasonal distribution patterns of predators and mega-herbivores. Of significant interest will be to see if  predators and mega-herbivores avoid each other or not, because that has implications for management of restorations, and in looking at how elephants are affecting other herbivore species either positively or negatively.

So far, they have run two maintenance checks (about 16 weeks worth of data) through the Zooniverse interface. The aim is to eventually produce accurate enough estimates of population sizes from the cameras that participating reserves could substitute this for more expensive survey methods.

When it comes to wildlife monitoring, a picture is worth a lot more than a thousand words. Researchers at the University of Minnesota Lion Centre are leading a new project, Snapshot Safari, an international network of camera trap grids deployed in national parks and wildlife reserves throughout southern and eastern Africa. Snapshot Safari (hereafter Snapshot) relies on online volunteers (“citizen scientists”) to classify images of wildlife “captured” on cameras uniformly dispersed throughout each protected area, providing a glimpse into the lives of endangered species and the distribution of wildlife across many landscapes. By standardising the collection of long-term camera trap data, Snapshot provides ecologists and reserve managers with an effective tool for monitoring the success of conservation programs, the response of wildlife to environmental disturbances, and the factors that contribute to ecosystem stability.

“Despite profound challenges in protecting Africa’s remaining wildlife, there are a number of conservation success stories across the continent,” says Dr. Craig Packer, Director of the Lion Centre, “The camera trap grids will provide essential data for tracking the population status of all the larger species in each reserve. We will thereby be able to identify the most effective management strategies and help conservation agencies learn from one another’s experiences.”

In 2010, researchers from the University of Minnesota Lion Centre deployed a grid of 225 cameras in Serengeti National Park, Tanzania to monitor the status of lions and other large mammals, which led to the formation of our first citizen science project, Snapshot Serengeti. Using an interface hosted by Zooniverse.org, over 140,000 volunteers from around the world logged on to classify millions of photos of wildlife by identifying the species, number of animals, behaviour, and whether young were present.

Researchers from many institutions are utilising the Serengeti data to make fundamental contributions to our understanding of predator-prey dynamics, competitive species interactions, restoration of ecological functions and services, and other questions regarding the management of reintroduced and threatened species. Snapshot Safari is an expansion of this model, encompassing many different types of habitat, each with its own unique collection of flora and fauna, in South Africa, Mozambique, Tanzania, Botswana, Zimbabwe, and Kenya. Additional sites will be added throughout 2019. By collecting data from all of these protected areas in the same way, we will gain a broader understanding of the status of species like lions on a continental scale. Since the online launch in February 2018, over 30,000 unique users have classified ~6 million images.

The majority of Snapshot partners are located in South Africa, arrayed across different habitats and biomes. As part of a national biodiversity survey, Snapshot grids provide invaluable data on the abundance, distribution, and ecologically significant behavioural interactions of more than 60 mammal species. 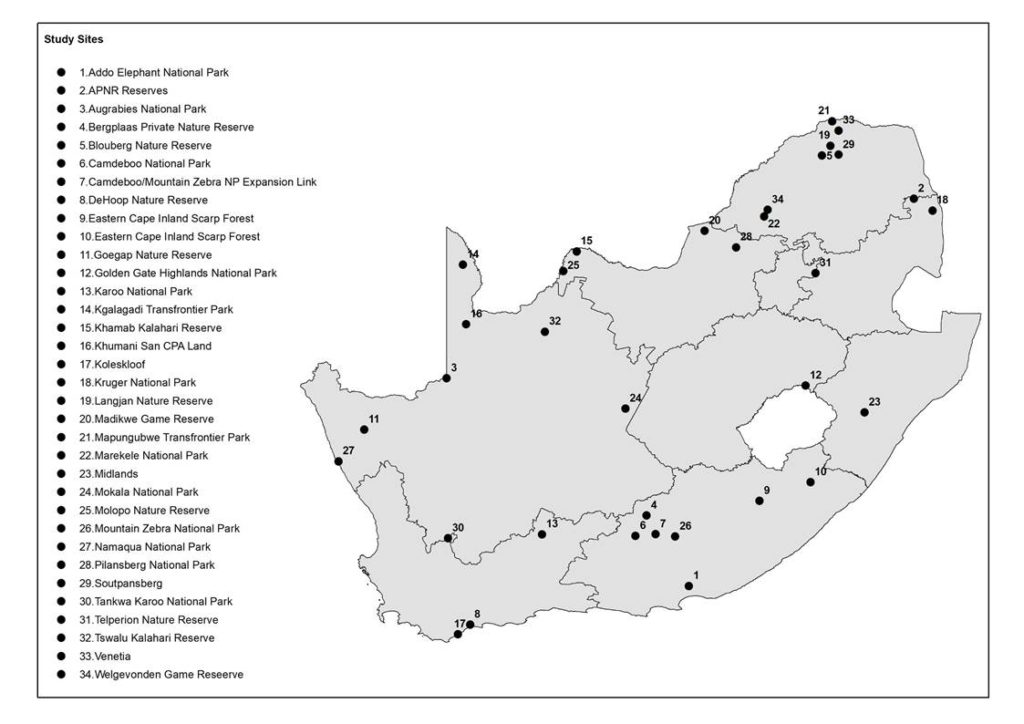