The UPNR was proclaimed in 1969 and at that stage was only a 7500 ha reserve. Since the minimum size of 15,000 ha was required to be a member of the APNR, the reserve was expanded in 1991 to include the share-block reserves upon request from the Klaserie and Timbavati reserves. The original 7500 ha Umbabat became known as Group 13, and much later, Group 13 changed its name  Umbabat Wilderness Conservation Association (UWCA).

At this point the Umbabat reconstituted and developed a new constitution which served the greater UPNR until 2014. In about 2010, the share block reserves, formulated into the Nkorho Reserve, in a move to have an umbrella body to better serve their common interests. The Nkorho Reserves had their own constitution, which was subservient to the Greater UPNR constitution.

In 2012, the concept of a federal approach of management of the distinct entities became an accepted concept, with representatives from each group negotiating for 18 months to formulate the Umbabat into a federally managed reserve. Essentially, the federal approach meant that each entity, would conduct its own business (e.g. hunting and fund raising) and take care of its own wardenship and security. If there were areas of commonality, the federal group chairperson would be able to combine efforts. Chairmanship of the UPNR would alternate between the chairmen of the Nkorho and UWCA every 24 months, with the Nkorho Group taking the first round of chairmanship in 2014. 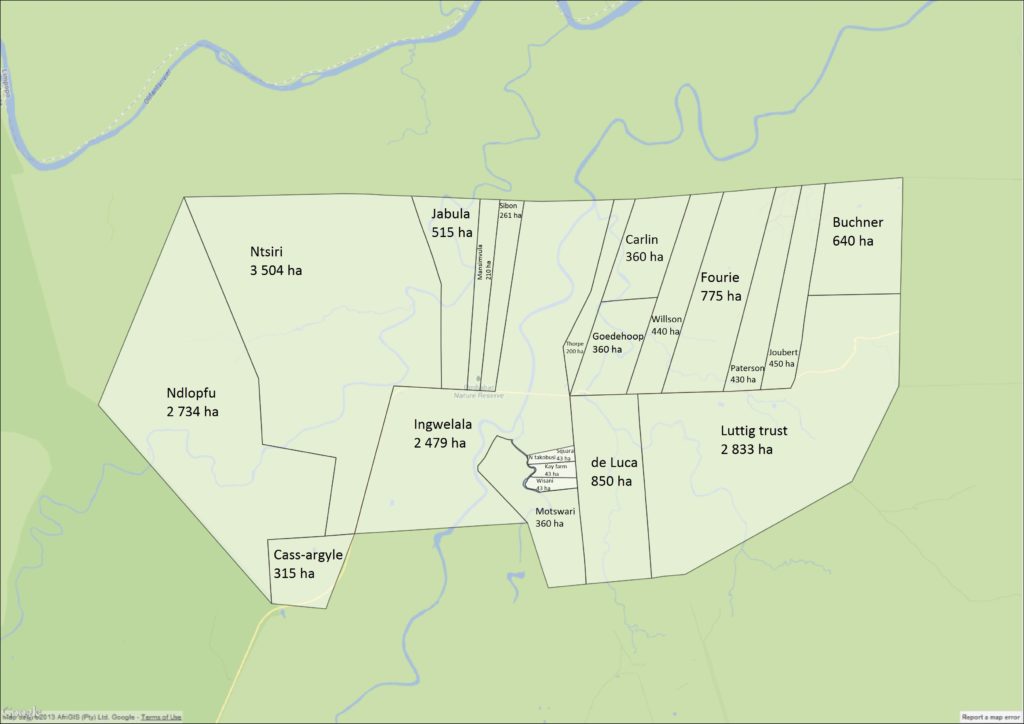 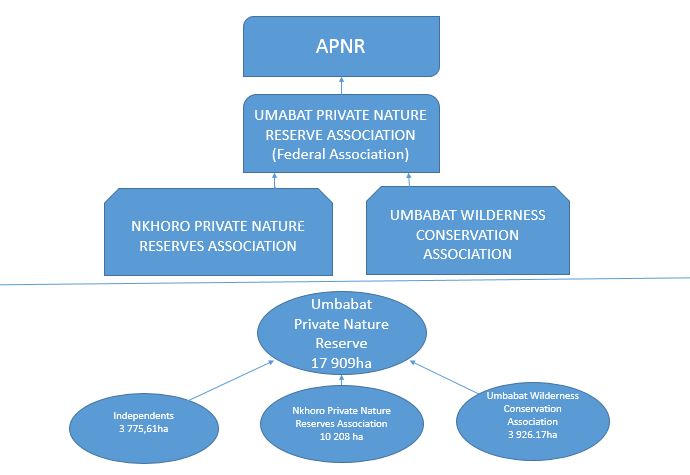